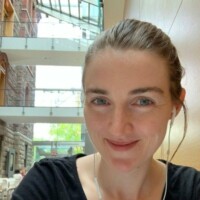 Taryn Dubois is a third-year PhD candidate in historical musicology. Her research focuses on how late nineteenth-century Italian ballet engaged with kinetic ways of experiencing the modern world such as bicycling and gymnastics. Prior to coming to Yale, she earned a Bachelor of Music in trumpet from Brandon University in Canada, and a MA in Musicology from the University of Toronto. She spent four years as a reserve member and musician in the Canadian Armed Forces with the Bands of the Ceremonial Guard and 7th Toronto Artillery Regiment. Outside of her work with the OCS, Taryn enjoys biking, cooking, board games, and singing in a local choir.

The Office of Career Strategy offers participants an official Letter of Completion for their full participation in the Strategizing PhD Careers : Nonprofit Sector Workshop Series. The requirements for the letter are the following:

I. Attendance of All Five Sessions of …